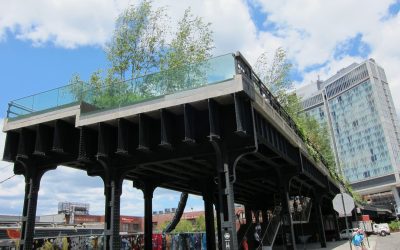 New lecture series on urgent issues of the dense city as nature.

Climate change and the energy transition have made many questions of the dense city as nature urgently explosive. What are the solutions? How do we broadly implement already existing solution? How do we reach investors, citizens, politicians? A new series of... 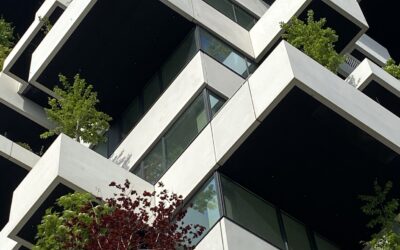 First forest tower in social housing – planted in the Netherlands

Largely unnoticed by the experts, a special feature in the field of housing stands in Eindhoven, the Netherlands, a city of about 250,000 inhabitants: a Dutch 'Bosco vertical' - but not for rich residents, like the world-famous building in Milan, but a Bosco vertical... 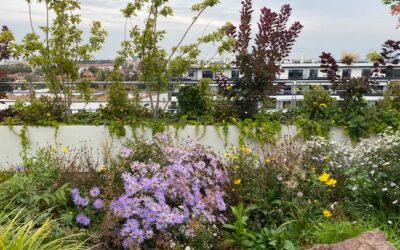 The example of Biotope City Wienerberg: The green city at the crossroad of disciplines, investors and authorities

Contribution to the Conference of the Deutscher Werkbund Berlin on 'New Social Housing', May 2022 As architects and urban planners we design and build products that should still fulfil their function for at least 100 years. Of course, we cannot give an idea of the...

How to think long term in a short term world, for growing green cities?We seldom take time to discuss this question, but in this conference we do! You can register at: https://lnkd.in/eKs3gThU With speakers like Minister de Jonge, Derk Loorbach, Barbara...

The Relationship between City and Nature in History

by Inken Baller. Greening architecture and urban development is part of the long tradition of making cities livable and healthy. A look into history up to the recent past. 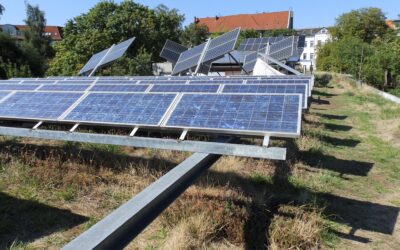 It is a generally accepted requirement that green buildings combined with photovoltaic (PV) energy generation should be increasingly used in cities. However, photovoltaics, the necessary substructure and greening structure must be carefully coordinated. The aim of... 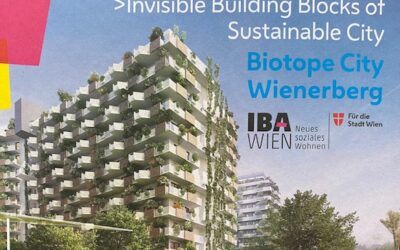 The Hidden Treasures of the Biotope City Wienerberg at Vienna

The Biotope City neighborhood in Vienna is attracting a lot of attention, visits and tours are the order of the day. But most of the sustainable and climate-efficient features are not easily or not at all visible. They are 'hidden treasures'. In order to track them...

What does biodiversity cost the taxpayer?

Unaffordable, especially now in view of the pandemic’s national debt? Christoph Küffer calculates the costs against the profits using Switzerland as an example. 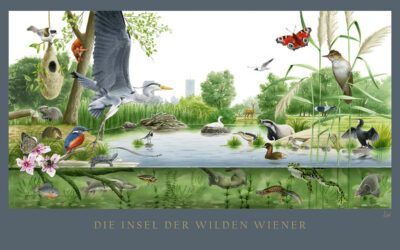 THE ISLAND OF THE WILD VIENNESE

An uninhabited island in the middle of the big city, where deer and beavers live, where grey herons and cormorants find rich fishing grounds, where marsupial tits build their elaborate nests? A romantic dream? Inner-city nature reserves or fallow land are under high...

Night-birds, riverbeds, Japanese knotweed and the source of the Mississippi… With their work, the six artists of Sferen make the viewer aware of his relationship with the natural and urban environment. 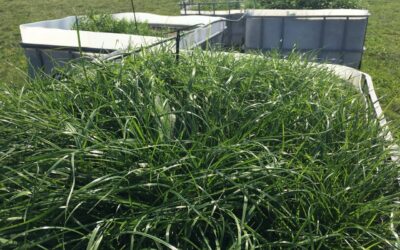 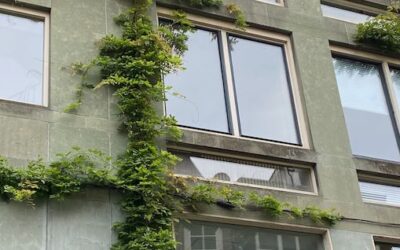 "Nature measures must become an obligatory part of housing construction, according to the postulate of nature and environmental organisations and the largest construction companies in the Netherlands. They want nature to become a "natural component" of all new...

10 Theses on the sustainable, climate-friendly City of the Future

Climate change is on everyone's lips. At first glance, today's climate change, beginning with industrialisation in the 19th century, is a local / regional / Earth-wide increase in temperature and weather extremes. But more and more people feel that serious changes are... 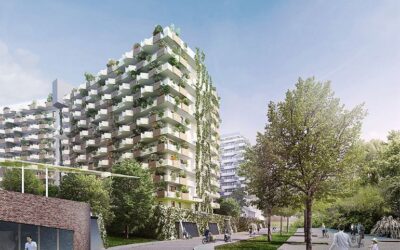 The Biotope City Quartier Wienerberg – what is so special with it?

Biotope City Wienerberg is a neighbourhood that has broken new ground in many areas. In this it is part of the great tradition of Viennese housing construction, which for 100 years has repeatedly gone far beyond what was common practice in housing construction at the...

https: www.spoorbeeld.nl NS, ProRail and Bureau Spoorbouwmeester Netherlands have plans to make the stations and their surroundings greener. Bureau Bosch Slabbers Landscape Architects has produced a handbook "New Handbook for...

Presentation Colette van Landuyt - second participant in QuoVadis? 2222 Summary: The break between space and time in Western culture resulted in a radical break with nature. Nature is not sensitive to ideologies; it does for its effects. GAIA rebels through... 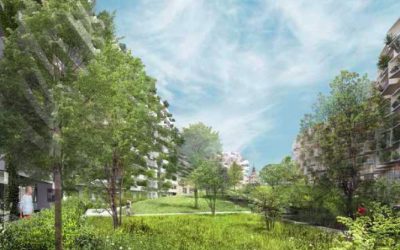 In Vienna, a ‘Biotope City’ district is currently under construction. A neighborhood based on the principles of Biotope City: the realization of a dense urban neighborhood as nature in a close juxtaposition… 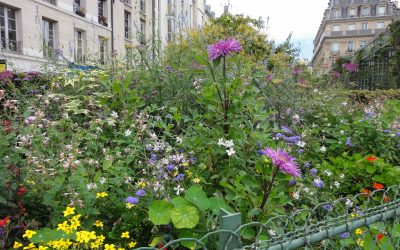 This essay by Gilles Clement, the famous french paysagist is written 10 years ago – today his urgency is increased only! Recommanded by the editors. 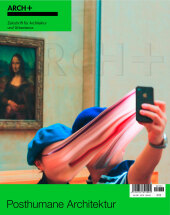 by Helga Fassbinder. Formerly a critical magazin.What function does it fulfil today? Are the major challenges of the future – climate change, loss of biodiversity, scarcity of resources – reflected in terms of construction and planning? 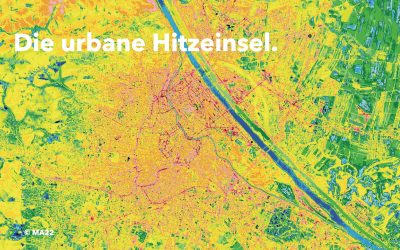 Housing in a climate emergency

An affordable, climate-efficient measure, which could be implemented immediately. By Helga Fassbinder

On March 26, 2020, architect and publicist Michael Sorkin died after being infected with the corona virus. Sorkin was a warm advocate of “green urbanism”.

10 Years ago: By protest of the neighbourhood the swimming pool in a inner city park of Amsterdam could only been built completely covered by green. Architect VenhoevenCS, green architekt Patrick Blanc

What does this mean? Is this a real option? Helga Fassbinder shows yes, and there will beno escape from this concept… 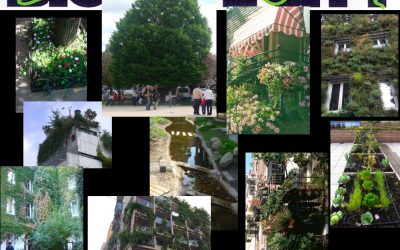 Organized by Foundation Biotope City, Architectuurcentrum Eindhoven, Eindhoven University of Technology and Eindhoven municipality.
The Symposium, originally planned May 15, 2020, will take place later this year at Eindhoven. We hope to be able to announce the new date soon ! 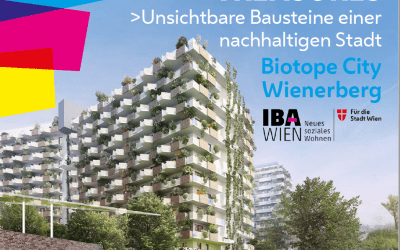 Invisible Treasures of a Biotope City

The Biotope City Wienerberg contains many qualities that will not be immediately visible after completion at the end of 2020. Now IBA Vienna has published the broschure “Hidden Treasures”, which describes the hidden treasures of this forward-looking green district.

Click on images to enlarge "...The High Line was originally constructed in the 1930s, to lift dangerous freight trains off Manhattan's streets... Friends of the High Line (founded by Joshua David and Robert Hammond, residents of the High Line neighborhood,... 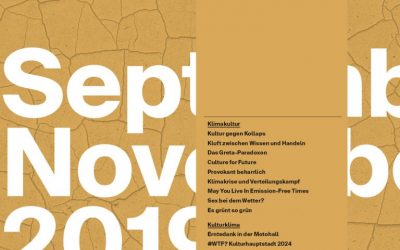 In Sept.2019 the OECD has published a report about the use of material ressources in 2060 compared with 2017 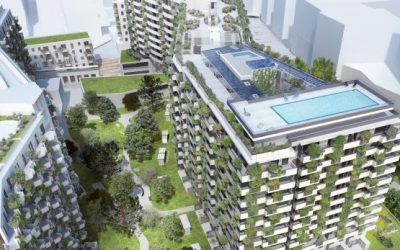 A BIOTOPE-CITY-QUARTIER FOR VIENNA Helga Fassbinder In Vienna, a 'Biotope City' district is currently under construction. A neighborhood based on the principles of Biotope City: the realization of a dense urban neighborhood as nature in a close juxtaposition with...

Urban Farming by the City of Vienna 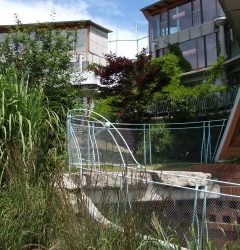 A picture gallery of the Nuthe settlement in short form 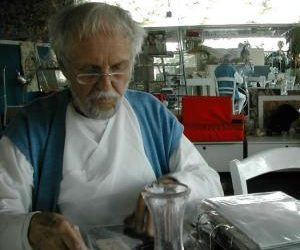 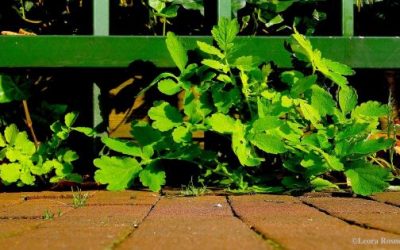 A CHARTER FOR THE BERLIN TOWN GREEN

Ecology and a forest tower

Biotope City – the Gardencity of the 21thCentury 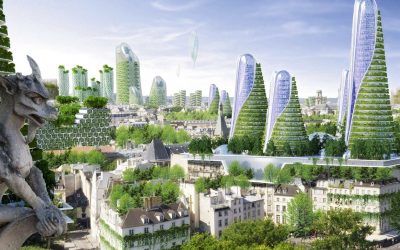 GREEN EMOTION …. DREAM AND REALITY OF MAD. Ma Yansong and his philosophy about city and nature 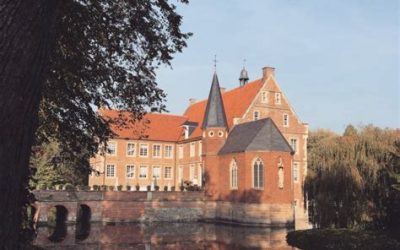 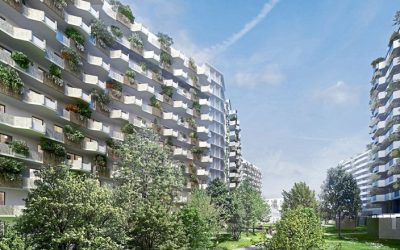 The Vienna Biotope City in the Press

The Vienna Biotope City in the Press   In the Austrian daily newspaper DER STANDARD an article about the Biotope City in Vienna is published in March 2019. Woichiech Czaja emphazises the stimulating effect of green on people’s mind and adds by this another argument to... 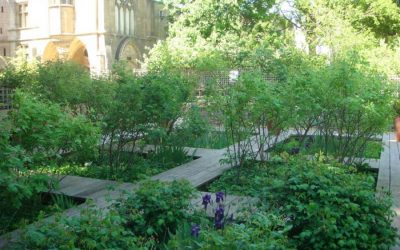 THE CITY AS A ROCKY LANDSCAPE 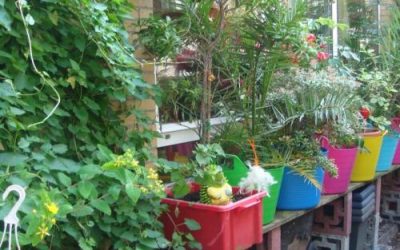 An architect with a vision on green urban living already form the 70ths – now fullfilled as an urban concept in the Biotope City Wienerber, his last work. By Helga Fassbinder

To grow a fence, a bench, a town! An interview with Bob Radstake    Leora Rosner When Bob Radstake returned from a trip to Australia he realised how much he missed seeing nature within urban areas. As he states, “I was walking along the street when the idea just fell...