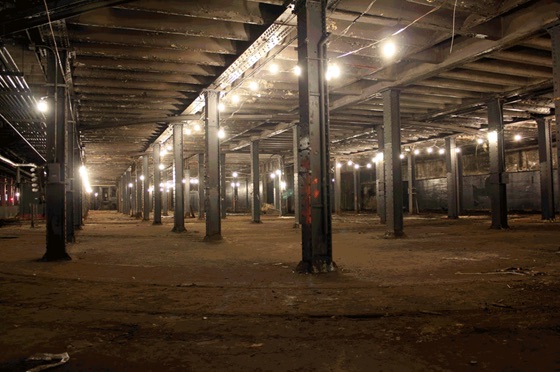 Click on images to enlarge them. They will appear in a new tab. 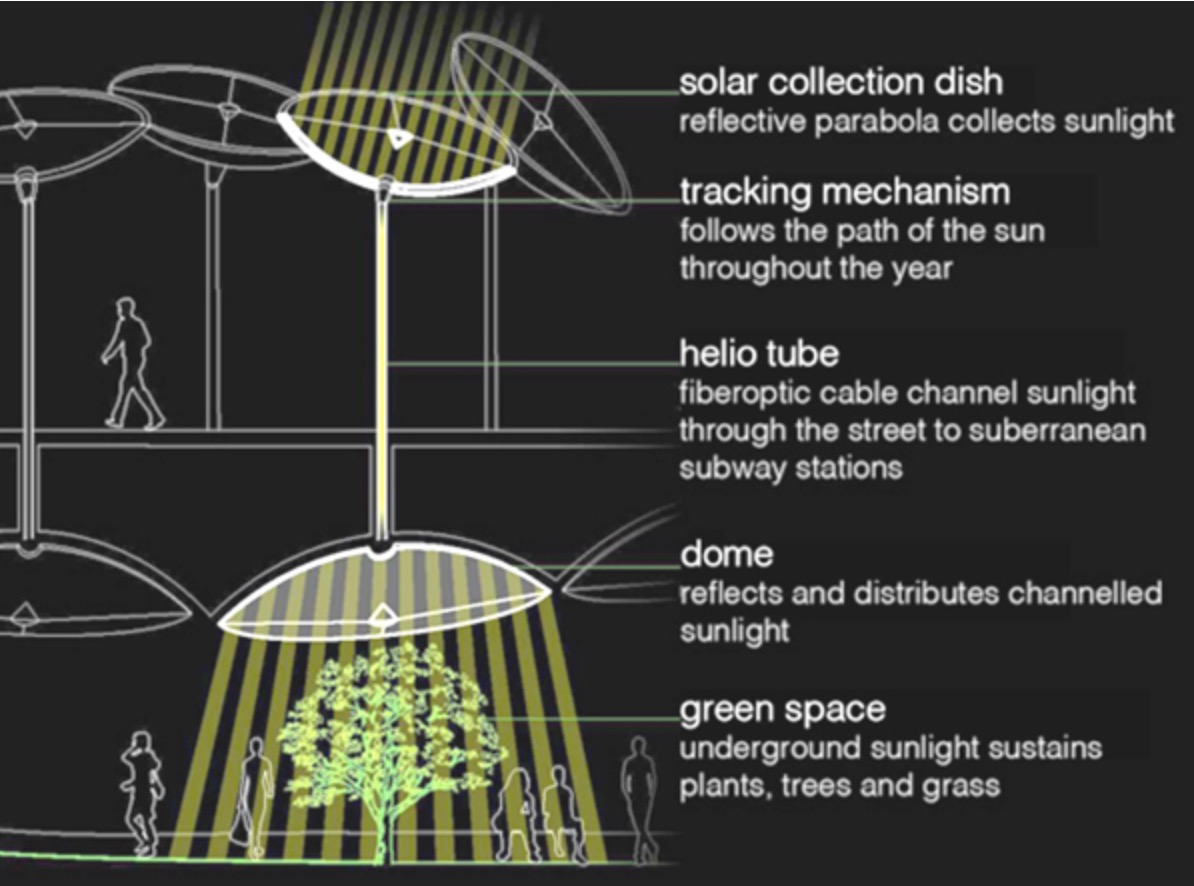 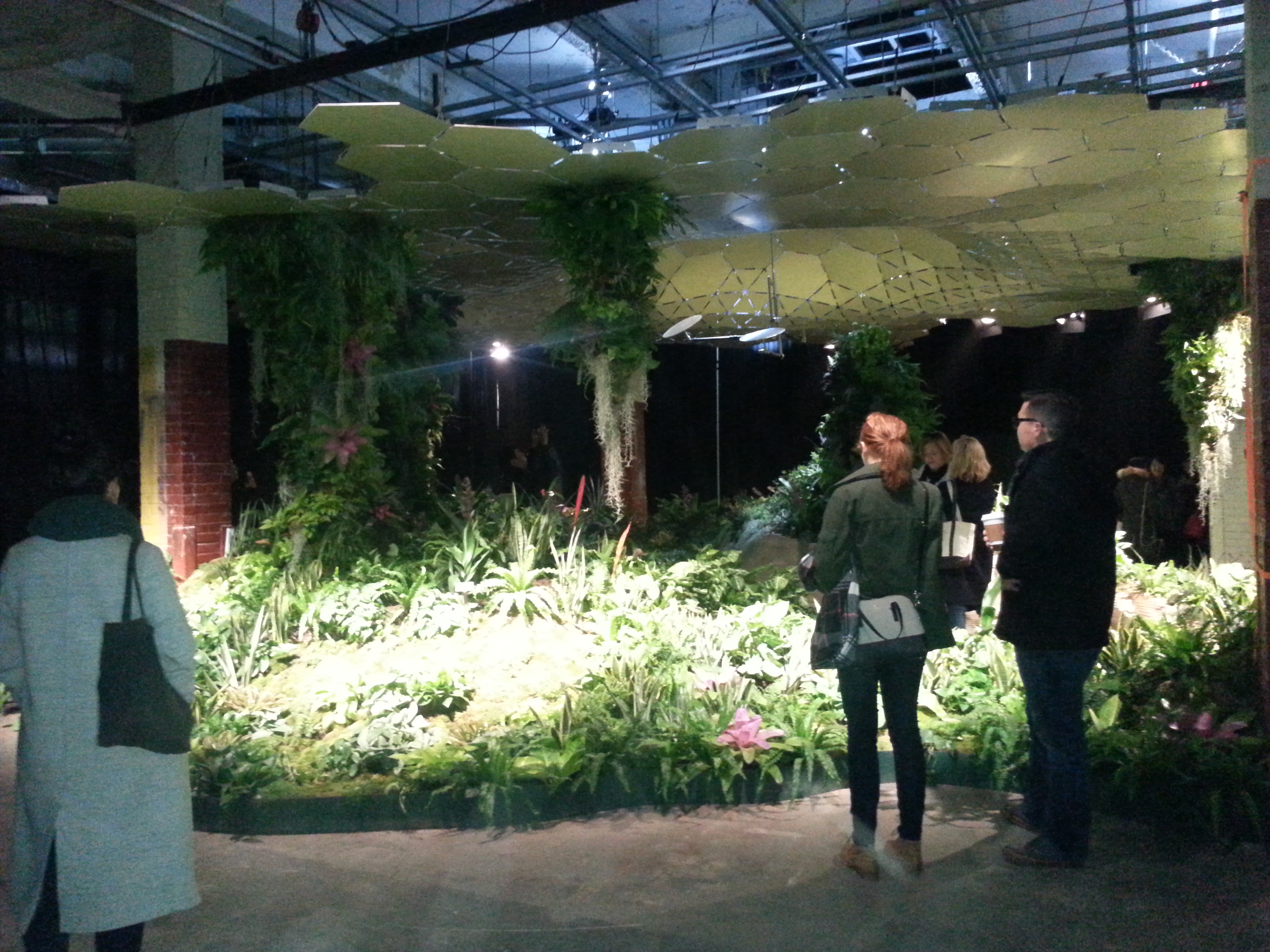 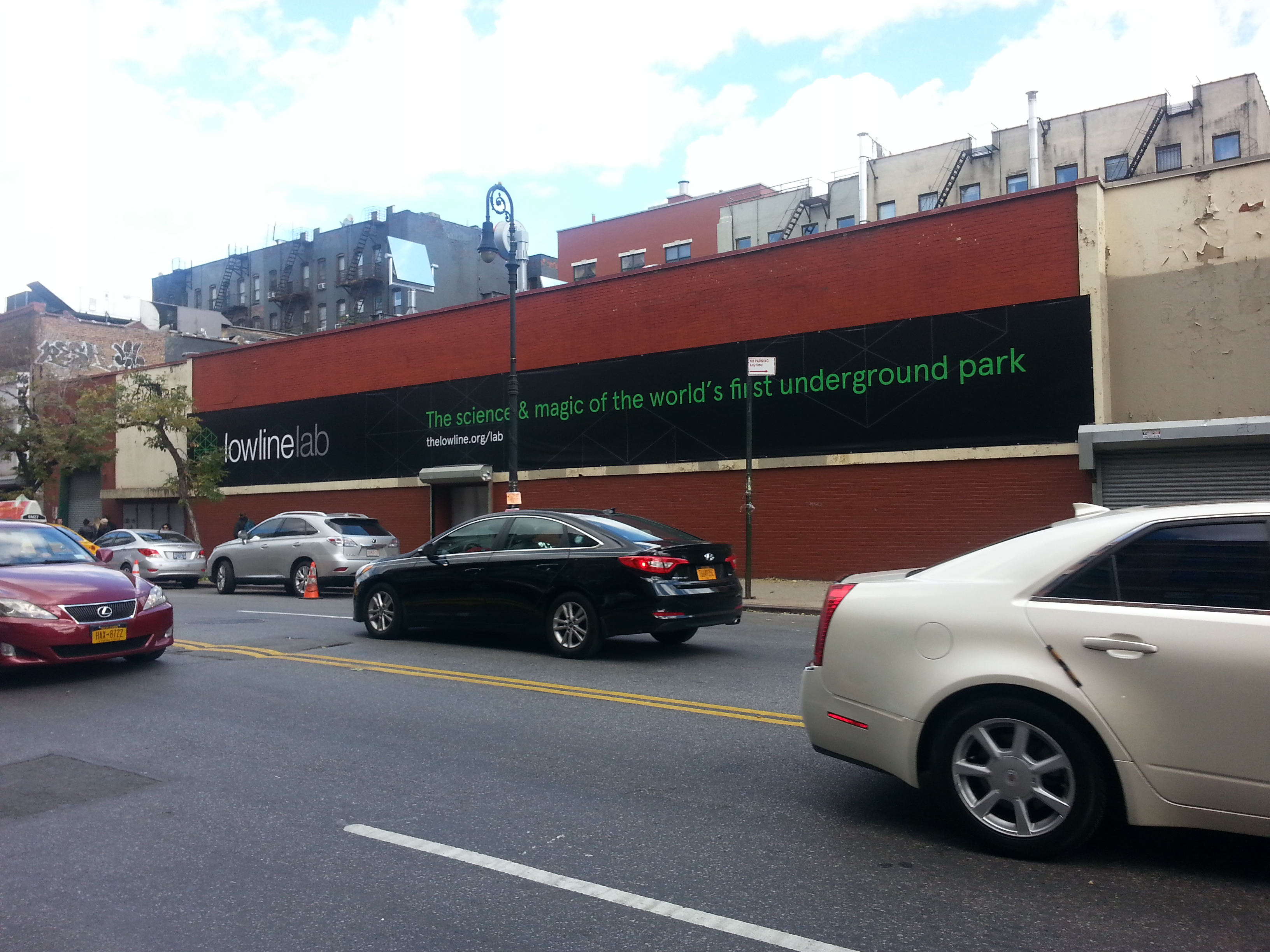 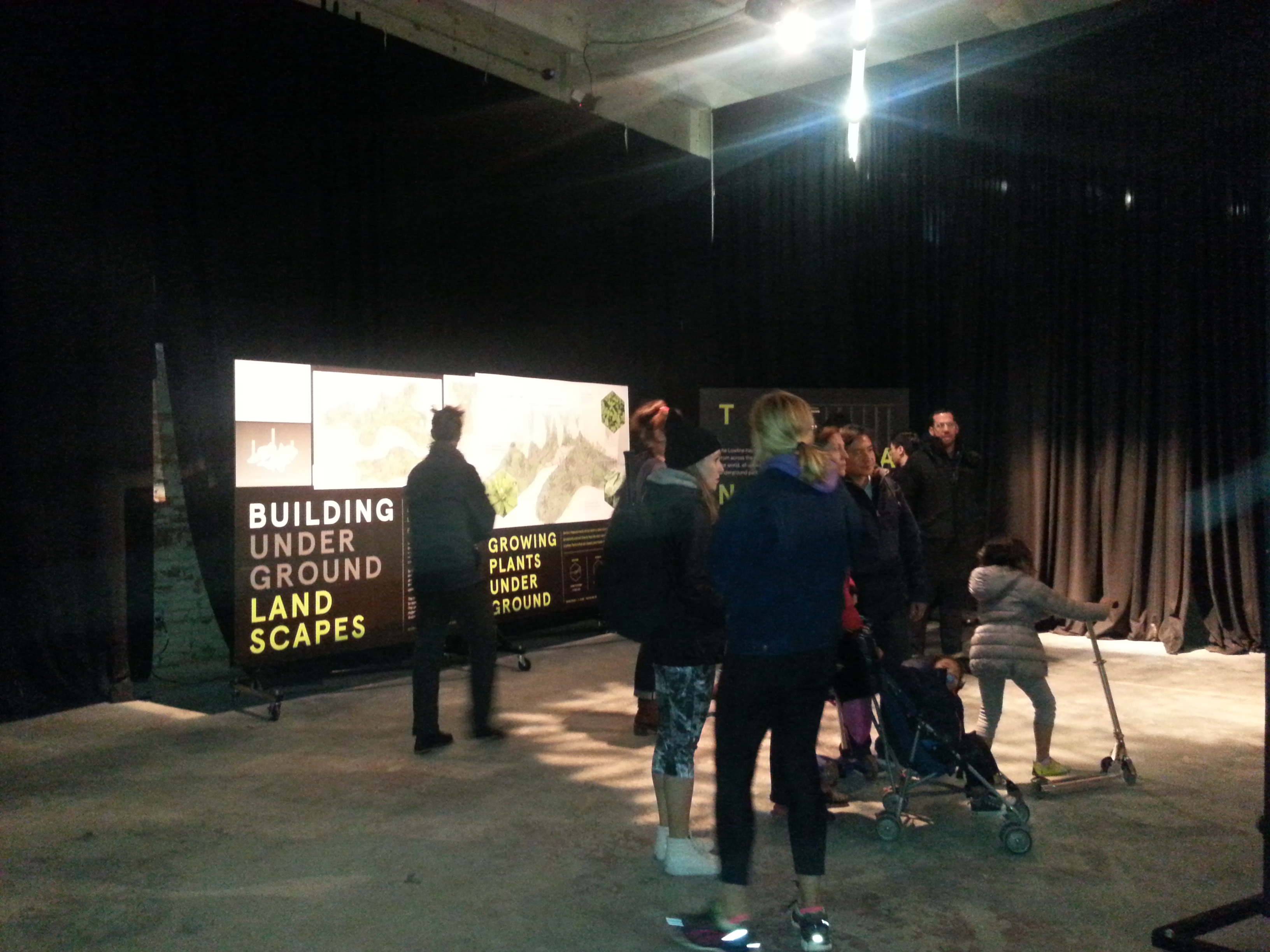 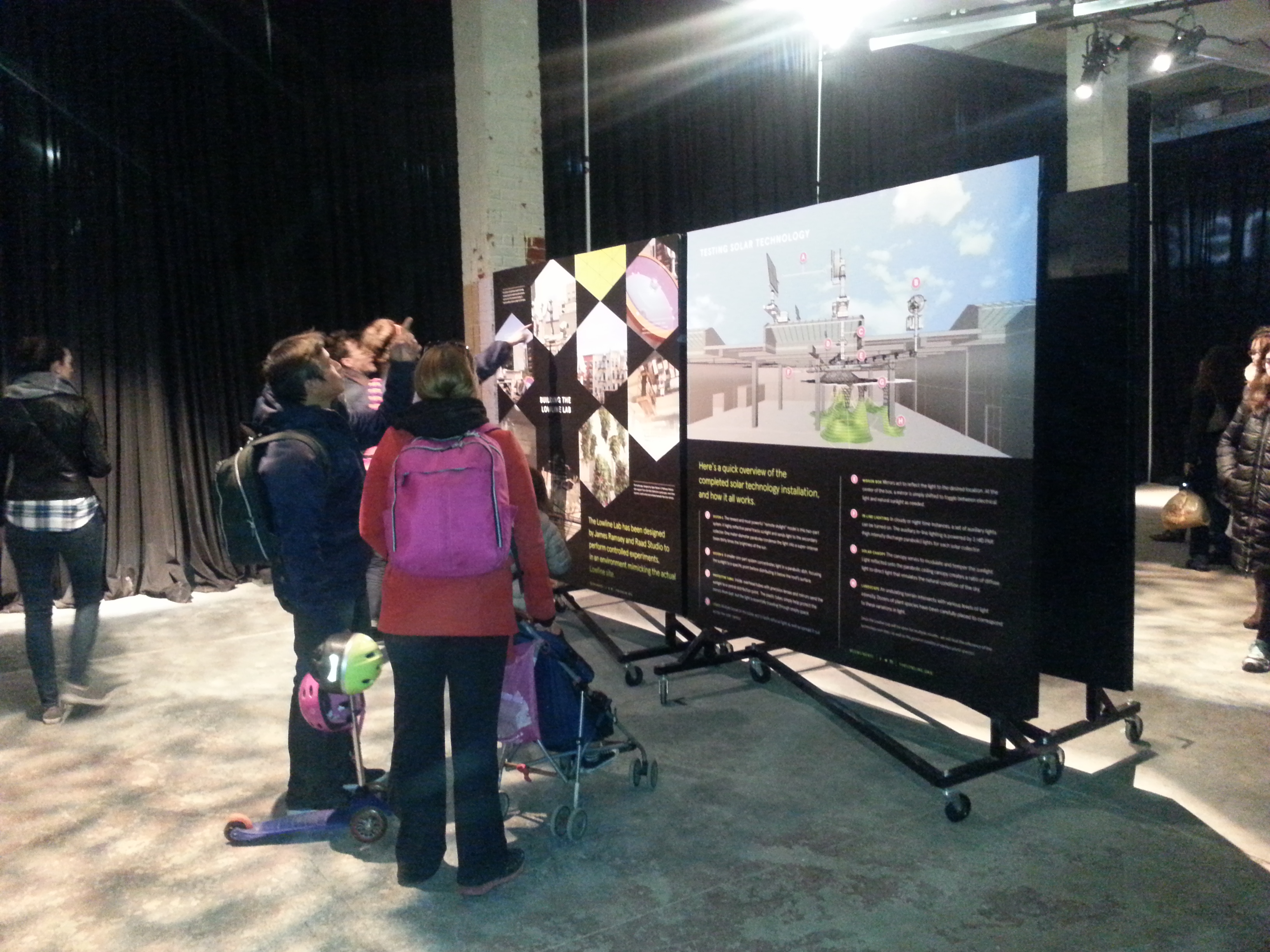 After years of planning, another ambitious project rivaling the Highline in all its aspects, both good and bad – is being realized in New York City. It is called the Lowline and is located in Manhattan’s Lower East Side (LES).

The project is described as follows: “The Lowline (formally known as the Delancey Underground) project seeks to transform an abandoned trolley terminal into New York City’s first underground community green space. Beneath one of the least green areas of the city, the Lower East Side, lies a massive, unused space nearly the size of Gramercy Park. This project envisions using advanced solar technology to channel sunlight underground, enabling plants and trees to grow.” Here you can see a very informative and short video about the Lowline. 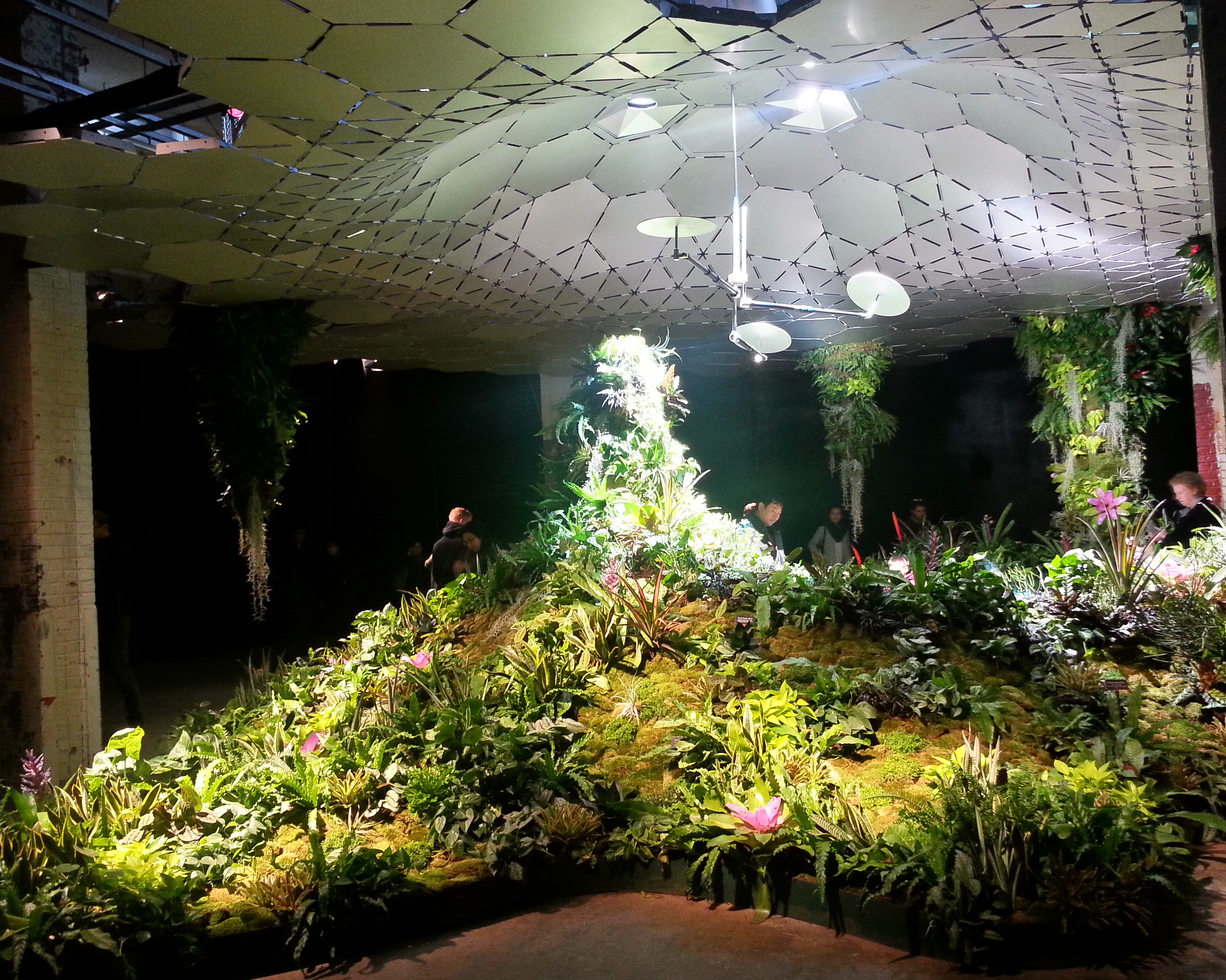 In order to demonstrate his vision, James Ramsey, the founder of the Lowline, and his team created the Lowline LAB in an abandoned market hall on Essex street as a “testing ground for the world’s first underground park”

Excerpt from the Lowline’s intro on Kickstarter: “Can cities be greener, more livable, and more beautiful? We think so, and that’s why we’re developing new solar technology to unlock the potential of underused spaces below our city’s streets.” This Kickstarter campaign brought in more than $200.000 from 2,564 backers (including me, if I may boast a little :), with this money the Lab was brought to life in Fall 2015.

Many activities in the lab were community-related, and as such included the “young designers program”, where kids developed their own vision of what the Lowline could be.

In July 2016 the City of New York announced the “Lowline Proposal Approval” stating in an email from the Lowline team the following:

“…We are beyond thrilled to share that New York City government officials have just provided the Lowline with a conditional designation! As New York Magazine reported this morning, this means we have 12 months to hit key goals on community engagement, fundraising, and design, before the Lowline site could be officially designated!

This is a huge moment. This reflects over 4 years of blood, sweat, and tears to make the Lowline a reality.  It was only made possible by you: the 70,000 people who have visited the Lowline Lab so far; the 2,000 local kids that have shared their visions and inspired the project to grow; our hundreds of loyal volunteers and thousands of supporters that have lent their energy to this dream, in ways big and small.

Our vision today seems closer than ever.  The Lowline will be a beautiful free public space, will deliver extraordinary youth and community programming, and will delight and inspire local residents and visitors alike.  It will also be a vibrant reminder (pun intended) of the power of science, technology and community-centered design to improve our city.

So for now, thank you and congratulations to everyone who helped the Lowline achieve this enormous milestone!…”

Here is a Wikepedia article about the project and the history of the site. The photo of the underground location in disarray is taken from this article and shows the site as it is NOW.

Having just been to the Ford Foundation I just hope the Lowline will not become another corpse with its huge atrium, filled with highly manicured plants, and dead atmosphere.

It would also be nice if the Lowline space had some corners in the Wabi-Sabi tradition and aesthetics, which is sometimes described as one of  “beauty that is imperfect, impermanent, and incomplete”. There should be parts of the site that are just left to themselves after the initial setup (with light), so one can observe what happens without human interference. It would also be nice for kids (and adults): they get the “big picture” – transportation of sunlight etc… – but also learn to pay attention to detail: little plant communities showing up here and there, moss, maybe some insects…

Ahh yes, but what happens to the fauna that will make its home there? Time will show…

The Lowline is now “Calling Local 11th Graders: One Week Left to Apply for a Paid Lowline Internship!”

Here what their email says:

“Want to join an amazing team of designers, horticulturalists, educators and innovators, and explore science every week?

Online applications are being accepted now through September 16.

Young Ambassadors will lead interactive design charrettes and tours with local community members and gain valuable pre-employment experience in one of the world’s most unique educational settings: the Lowline Lab. Benefits include career workshops and networking opportunities with the Lowline’s core team and city-wide collaborators and a $1,000 scholarship upon completion of the program.”

I think that’s an amazing chance for young people to get involved. Bravo, Lowline!

Today the New York Times published an article about the Lowline: Move Over, Rats. New York Is Planning an Underground Park.

February 13, 2017
Next City With Lowline Test Almost Over, Scaling Up Underground Park Will Be Next

Photos: Top photo from Wikipedia article, all others by Egon Zippel