What does biodiversity cost the taxpayer? 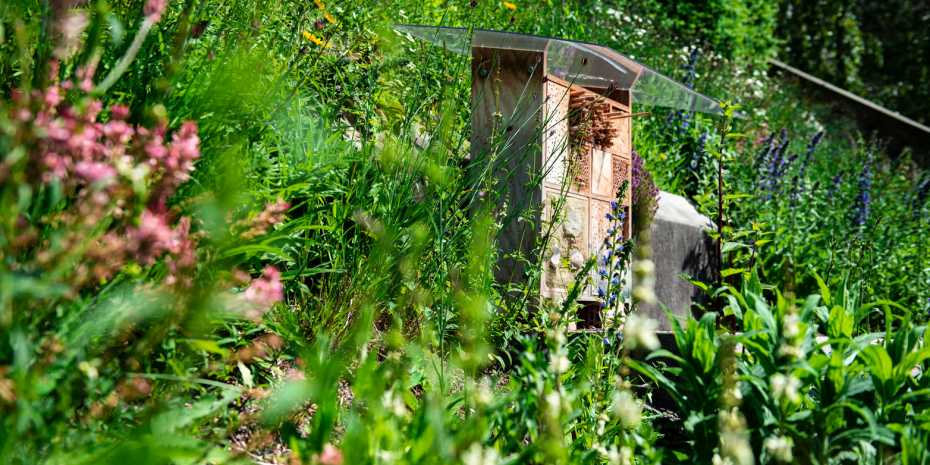 The pandemic has dominated thinking for almost two years, and slowly public attention is turning back to the much broader issue of climate change – but still another, equally crucial issue remains underexposed: the loss of biodiversity. Now that the pandemic is putting a strain on national budgets, the chance of being able to use funds for this seems almost nil. What would measures to strengthen biodiversity really cost? Christoph Küffer, professor of settlement ecology at ETH Zurich, asked himself this question. He made a rough cost-benefit calculation of what it would cost the Swiss to do more for biodiversity. The results can be applied to other countries as well. We are copying here an article he published on the Zukunftsblog of the ETH. (Editorial)

Using the biodiversity crisis as an opportunity

Biodiversity is dwindling. Thanks to an alarming report by the Intergovernmental Science-​Policy Platform on Biodiversity and Ecosystem Services (IPBES)1 and clear findings on insect decline2, public awareness of the acute threat facing our natural world is growing. Spring is becoming an increasingly silent affair3, and in Switzerland especially a multitude of animal and plant species are under enormous pressure.4 As if climate change was not already a big enough challenge, we now find ourselves in the midst of a biodiversity crisis. The good news is that we can take action right on our own doorstep, and turn this crisis into something positive for ourselves

Compared to climate change, the biodiversity crisis has the great advantage that it is about our local habitat. Regardless of whether other countries follow suit, we can quickly and significantly improve the ecology in Switzerland. This serves not only the wild species, but above all ourselves: In the form of high water quality, fertile soils and healthy food, restful landscapes and ecologically greened cities that are even better equipped against climate change.

Investing in nature and landscape conservation

In Switzerland, about 30 Swiss francs per inhabitant and year are currently spent on nature and landscape protection5 , and our nature conservation areas are very small in comparison with other European countries.6 According to experts, these protected areas are far from sufficient to preserve the diversity of native species.7 In addition, significantly more funds are needed for the maintenance and revitalisation of valuable areas.8
What is saving the last frogs and wild bees worth to us? What should the preservation of beautiful Swiss landscapes cost? 100 francs per inhabitant and year, or 500 francs, or perhaps 1000 francs? For traffic alone we pay over 2000 francs of tax money per capita and year.5

If we include the negative effects of transport on the environment, nature and health – the so-called external costs – another ten billion francs are added annually.9 In the case of biodiversity, on the other hand, most of the side effects for humans and nature are positive – these free gains are called ecosystem services.

The Aargau Floodplain Protection Park shows that revitalisation projects can quickly lead to considerable successes. In 1993, the people of Aargau decided to revitalise one percent of the cantonal area as a conservation park.10 This goal has since been largely achieved. The kingfisher has been given a refuge again, and the people of Aargau magnificent local recreation areas.
Bird species also benefit from support measures in Swiss forests. Thanks to near-natural silviculture with more deadwood, insectivorous species have increased again in recent decades.11
Designing settlement areas in a life-friendly way
Our settlements are increasingly characterised by built-up and sealed areas, monotonous ornamental lawns and dead gravel gardens. Instead, simple measures could be taken to design settlements that are close to nature, beautiful to the eye and rich in life.12 This would also benefit our health. Surrounded by diverse gardens and species-rich green spaces, we are more productive, less stressed and live longer.13
Swiss radio and television SRF has launched a national campaign on biodiversity: Mission B.14 The campaign highlights what each and every individual can do to promote the diversity of nature in our midst.

Anyone strolling through the agricultural midlands may see the colours of spring, but the fields and meadows are ecologically severely impoverished.4,11 Ten years ago, the World Bank and the Food and Agriculture Organisation of the United Nations called for a trend reversal towards sustainable agriculture in a global expert report.15
The Swiss agricultural sector is supported with several billions of taxpayers’ money every year.16 Currently, the new agricultural policy is being defined (Agricultural Policy 2022+). As taxpayers, we can stand up for ecological agriculture that also benefits plant and animal life.

Using biodiversity as an opportunity

One thing is certain: if we continue as we are, we will see a major extinction of species in Switzerland in the coming decades – and witness live how our livelihoods are disappearing at an ever faster rate.
However, if we consistently focus on ecological agriculture, increase the size of nature reserves and ecologically enhance landscapes and settlements, then in 20 years’ time Switzerland will once again have a biodiversity similar to that of 50 years ago. And the advertising slogan of Switzerland Tourism will then be valid again: “Switzerland. All natural”.