THE OVERLOOKED PROPERTIES OF TREES IN URBAN AREAS 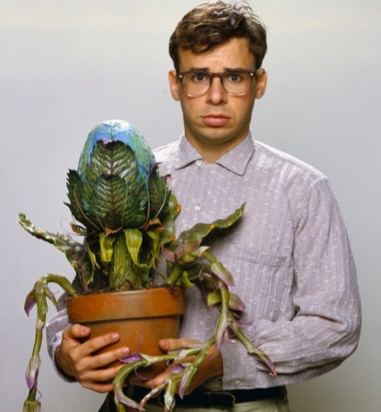 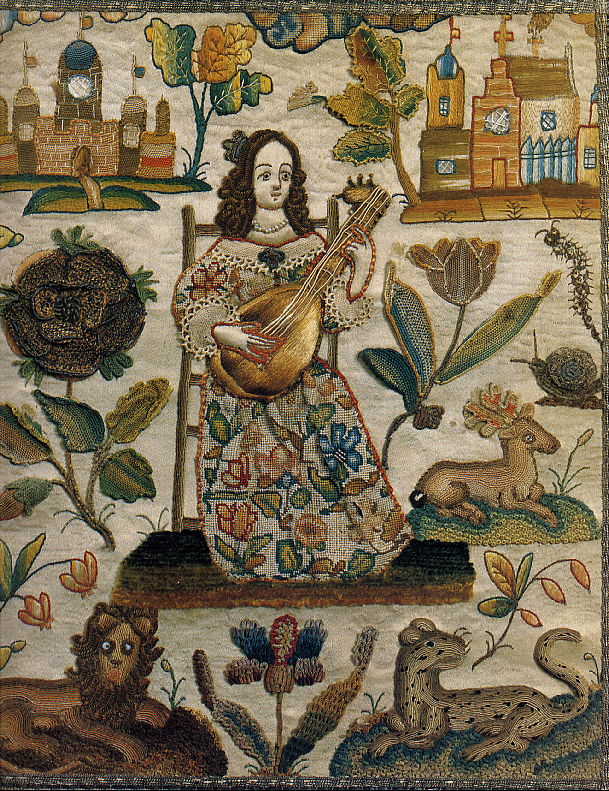 From the late 1800s the globally averaged air temperature at the Earth`s surface has increased between 0.3 and 0.6 °C since the late 1800s. A current estimate of the expected rise by the year 2100 has been put at between 1 and 3.5 °C. The main cause for this increase is considered by many to be raised levels atmospheric carbon dioxide (CO2) and other “greenhouse” gases [i.e. methane (CH4), chlorofluorocarbons, nitrous oxide (N2O), and tropospheric ozone (O3)] by the trapping of certain wavelengths of radiation in the atmosphere. The dominant greenhouse gas is CO2. Increased atmospheric CO2 is attributed mostly to fossil fuel combustion (about 80–85%) and worldwide deforestation. Atmospheric carbon is estimated to be increasing by approximately 2600 million metric tons annually [1]. Owing to the contribution of CO2 to global warming, solutions which aim at decreasing its emission or capturing it are necessary. Much focus has been placed on various technological solutions, such as carbon capture and storage (CSS), higher energy efficiency, and alternative energy sources. The importance, though, of forests and trees should not be neglected as they have the ability to sequester CO2.

In the last decade the role of urban forest in reducing CO2 has become more and more important due to the constant urbanization. During the twentieth century, the global urban human population grew approximately 4-fold and now, for the first time in recorded history, over half of the world’s people live in towns or cities. This proportion is predicted to rise further, reaching 70% by 2050 with urban areas continuing to expand at a faster rate than any other land-use type. Currently, approximately 4% of landcover worldwide is defined as urbanized, characterized by high human population densities or significant commercial/industrial infrastructure [2]. In consequence some scientific publications and some engineers have stressed the importance of not neglecting trees and forests as a carbon sink. It is, however, essential in such discussions to define what constitutes a sink, a source and a storage. A tree/forest is considered a source when, overall, it emits more CO2 and other greenhouse gases than it removes from the air in a given time period. It is considered a sink when it removes more than it emits and it is regarded as a storage when it stores CO2 and prevents it from being released into the atmosphere. In all cases the time period is essential. Young trees and young forests, for instance, are a CO2 sink. As the trees mature, however, the sink ability is reduced and when they die off they become a CO2 source. The time span between sink and source varies greatly and depends on the tree species and the age it will reach. It is sometime forgotten that even after trees die they can remain are CO2 storage if the carbon stored in the wood is not allowed to be released in the atmosphere, for example by using it for construction.

Trees as a key factor to improve air quality

In urban areas trees play a much more important part than just being a CO2 sink/storage. They significantly influence the air quality of urban areas. The air in urban areas has increased concentrations of sulfur dioxide (SO2), nitrogen oxides (NOx), carbon monoxide (CO), volatile organic compounds (VOC) such as benzene, toluene, ethyl benzene and xylenes, semi-volatile organic compounds (SOC) such as PCB, PAH, PCDD and PCDF and particulates. Although, some of them such as sulfur dioxide, particulate matter may reduce atmospheric temperatures, they can have a detrimental effect on human health.

Trees remove gaseous air pollution primarily by uptake via leaf stomata, and subsequent storage in the leaves. They also intercept airborne particles, which can be absorbed into the tree, although most particles that are intercepted are retained on the plant surface. The removal rates depend on not only on the amount of air pollution, length of in-leaf season, tree size, precipitation, and other meteorological variables but also on the tree species. Tree species differ substantially in their ability to tolerate and remove air pollutants (Tables 1 and 2).

Trees, with large total leaf area, are considered the most effective in absorbing particulate matter. The air filtration process may be enhanced by some species-specific features of leaves, such as trichomes, the chemical composition and the structures of epicuticular waxes. Leaves of broad leaved species, having rough surfaces, are more effective in capturing particulate matter than those with smooth surfaces. In addition, needles of coniferous trees, which produce a thicker epicuticular wax layer, are more effective in particulate matter accumulation than broad leaved species. Yet this same non deciduous feature produces a subsequent disadvantage in that there is no possibility of recycling particulate matter on the needles every year. Moreover, despite the high efficiency of evergreen conifers in particulate matter scavenging, they have other disadvantages as compared to deciduous species. They are not always recommended as suitable plants along roads. Nor are they in general tolerant of traffic-related pollution, nor of salt used for deicing of the roads in the winter. Therefore, evergreen conifers may not be as useful as deciduous leafy species, in spite of their high efficiency in particulate matter scavenging [4].

Although the focus has been placed on trees, shrubs or evergreen climbers such as common ivy (Hedera helix L.) can also play a part in filtering ambient air.

Use of trees for pollution control

Numerous cities around the world have experienced, or are still experiencing the contamination of soil and the resulting groundwater resources by point source contaminations. Of importance are petroleum-hydrocarbon spills and leaks from above ground and belowground storage tanks with hazardous substances such as benzene, toluene, ethylbenzene, xylenes (BTEX), methyl tert-butyl ether (MTBE), and polycyclic aromatic hydrocarbons (PAHs). These contamination hot spots can move through large areas by the movement of groundwater or aquifers, thus contaminating large areas. As a consequence, the groundwater and its associated wells become a risk for humans and animals.

Owing to their evapotranspiration, trees provide hydraulic control of contaminated groundwater and can prevent further dispersion and migration of the subsurface contaminant plume. Additionally, they can promote upward movement of groundwater during evapotranspiration, drawing contaminants into aerobic soil where they can be oxidized. This is important for contaminants which have a shorter half-life in aerobic environments compared to saturated, anaerobic conditions [5]. Additionally, tree roots form a habitat for microorganisms. Plant roots provide nutrients, such as sugars, in exchange for phosphate (fungi) or nitrogen (bacteria) which aid in the degradation of organic pollutants. Mullberries growing at PCB-polluted sites excrete considerable amounts of phenolic compounds, which probably support the growth of PCB-degrading bacteria [6].

The key factor for the prevention of dispersion and migration of contaminants by groundwater movement is the evapotranspiration of the trees and their tolerance to a variety of contaminants. For more than 20 y the planting of poplars (Populus spp.) and willows (Salix spp.) have proved successful near landfills or near storage tanks (e.g. petroleum, creosote etc.). They show high water uptake rates, easy propagation, deep root systems, and tolerance to high concentrations of contaminants such as BTEX, MTBE, dioxin, TCE and some PAHs in contaminated groundwater and soils. A further advantage is that these trees are phreatophytes. They extend roots into the capillary fringe and can survive periods of being within the saturated zone of an aquifer as water levels fluctuate. As phreatophytes send roots into both the vadose and phreatic zones, they have the potential to remediate soil, groundwater, and saturated soil media.

Most of central European cities have a ratio of 50–80 street trees per 1000 inhabitants, although in the case of Nice tree density was as low as 20 street trees per 1000 inhabitants [7]. On average, the costs of acquiring the trees and site preparation ranged from less than 250 Euro in Slovenia, the United Kingdom and Spain to over 1000 Euro in France, Denmark, Germany, Finland, and over 2000 Euro in Norway [7]. The current economic difficulties pose restrictions in the acquisition and the creation of urban green spaces.

Fig. 2 Tilia cordata (in the city of Hamburg)

Until recently research on air pollutants removal has focused on indoor plants. However, as urbanisation has increased and become more dense, with an accompanying lower air quality, emphasis has shifted to the influence of trees, A new dimension to fund worthwhile urban green spaces could be provided by the monetary valuation of the extensive ecosystem services. In 1994, trees in New York City removed an estimated 1,821 metric tons of air pollution (including CO, SO2, NO2, PM10, and O3) at an estimated value to society of $9.5 million. Air pollution removal by urban forests in New York was greater than in Atlanta (1,196 t; $6.5 million) and Baltimore (499 t; $2.7 million), but pollution removal per m2 of canopy cover was fairly similar among these cities (New York: 13.7 g/m2/y; Baltimore: 12.2 g/m2/y; Atlanta: 10.6 g/m2/y) [8]. The universal language of dollars could facilitate understanding of the otherwise less tangible and important yet widely neglected environmental functions. This innovative justification is particularly pertinent in the face of increasingly tight municipal budgets [3].

Besides purifying the air contamination by traffic and industrial activities urban trees would reduce the urban heat island intensity, act as noise filters and play an important role in recreation for the urban population. However, the above-mentioned effects are only possible if the urban tree stock is vital and unaffected by pests and diseases. Increasing the resilience of the urban tree population to abiotic and biotic stresses can be achieved by high tree species diversity. Today there is no clear knowledge and experience available about sustainable levels of diversity for an urban tree population, however over the past decades there have been several strategic recommendations about the species composition: no species should represent more than 5-10%, no genus more than 10%-20% and no family more than 30% of the total tree population. Yet, in many cities the tree species diversity is very low and often one or two tree genus can represent over 50% of the total tree population. If issues such as air quality, pollution control, diversity, recreation and microclimate are carefully considered, the benefits will compensate the costs.

In public awareness, trees have been reduced to the role of a potential carbon sink that could mitigate global warming. However, their importance in controlling and improving the air quality of urban areas by absorbing VOC and particulate matter is potentially much greater. They play an important role in constricting the distribution of organic pollutants in groundwater and aquifers. In our opinion, therefore, trees should be chosen according to their abilities to improve air quality and stabilize organic/inorganic pollutants. It is also imperative that the urban tree species diversity is considered so that long term functionality is guaranteed. Tree consultants, foresters, arborists and other horticultural specialists should be consulted to work with architects and engineers, whose function is not tree management. This cooperation would promote a suitable tree choice and take into account future costs, such as branching and the root structure. Neglect of these features may cause damage to buildings and roads and thereby cause increasing costs which, with proper consultation, could have been avoided.