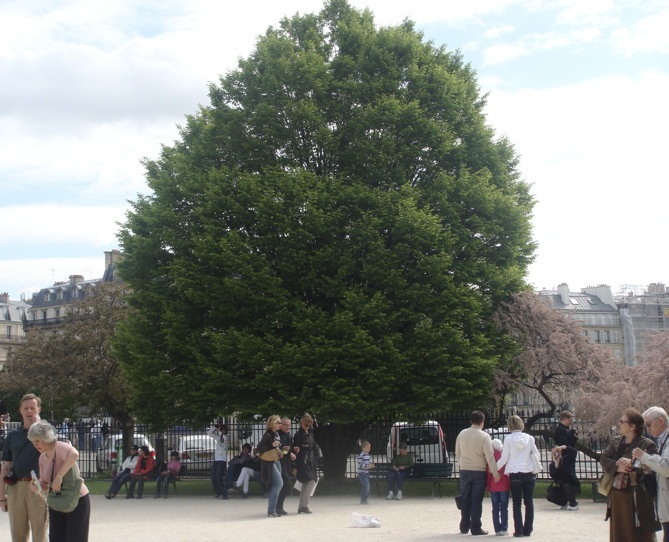 Summer has arrived coupled with the urge to seek solutions to cool down. For some of us that urge comes only after baking in the sun in the form of a dip or a swim in cool waters. Others simply want to seek a cool shaded spot. However for those who live in cities and urban sprawl shade from buildings may not be enough. Going to the park will afford some shade but the population of an entire city just does not fit within the confines of a park. Those that live outside of the cities, suburban sprawl, might also seek out a park if there is one in a given area. One can witness a dire lack of trees in many of these areas, so, where can we go and what can we do when the heat becomes unbearable? Shade trees are the answer. The term shade tree applies to large trees with spreading canopies that provide shade from sunlight. Oaks, maples, lindens, ashes and elms are just a few of the most popular shade trees. William McDonough (Cradle to Cradle) stated in a lecture that trees are perfectly designed. He goes on to say why:

Since we are talking about shade and cooling how do trees cool the air and how does this affect our homes, our cities and us? To begin with, trees cool the air through two simultaneous processes called evaporation and transpiration. The combination of both processes is called evapotranspiration. Both processes release moisture into the air. In the evaporation process water is converted from its’ liquid form into vapor. This vapor evaporates from soil, lakes, rivers and incredibly enough from pavement. Water that is drawn up through the soil by the root system and evaporates from the leaves of the tree is called transpiration. What appears to be an invisible process is in fact something quite extraordinary. Over the course of one year one large oak tree can transpire 151,416 liters of water into the atmosphere!

Trees growing in urban areas reduce both air and surface temperatures. I conducted a simple test on my balcony in the center of Amsterdam. On my balcony I have a small variety of trees. Though they are small they do have a considerable canopy. I placed the thermometer in the direct sunlight and the temperature measured was 33ºC. I then placed the thermometer in the shade at the base of the chestnut tree. The difference was a whopping 10ºC less, a considerable difference. Recently here in the Netherlands temperatures were measured at various playgrounds dealing with the heat of exposed play equipment like slides and climbing frames etc. compared to those in the shade of trees. It was discovered that the play equipment exposed in the sun reached temperatures exceeding 50ºC. The shaded objects were 10º to 15ºC cooler.

Hashem Akbari, Dan M. Kurn, Sarah E. Bretz and James W. Watford of the Heat Island Project at Lawrence Berkeley National Laboratory wrote the following: In summer of 1992, we monitored peak power and cooling energy savings from shade trees in two houses in Sacramento, CA. The collected data include air-conditioning electricity use, indoor and outdoor dry bulb temperatures and humidities, roof and ceiling surface temperatures, inside and outside wall temperatures, insulation, and wind speed and direction. Shade trees at the two monitored houses yielded seasonal cooling energy savings of 30%, corresponding to an average daily savings of 3.6 and 4.8 kWh/d. Peak demand savings for the same houses were 0.6 and 0.8 kW (about 27% savings in one house and 42% in the other). The monitored houses were modeled with the DOE-2.1E simulation program. The simulation results underestimated the cooling energy savings and peak power reductions by as much as twofold.

Well shaded cities are on average 5º to 10º degrees cooler then the typical barren mall. As was stated earlier trees growing in urban areas reduce surface and air temperatures. The shade from trees also protects roads just as planted roofs protect the actual roof. In both cases the life times of the road and the roof are doubled. Researchers have found that by planting one tree on the south side and one tree on the west side of a house will significantly reduce energy consumption.

When trees are strategically planted, as seen below, for shade and windbreaks, they help reduce home cooling and heating costs. For example in Washington D.C. urban trees save more than $2.6 million in air-conditioning costs annually. 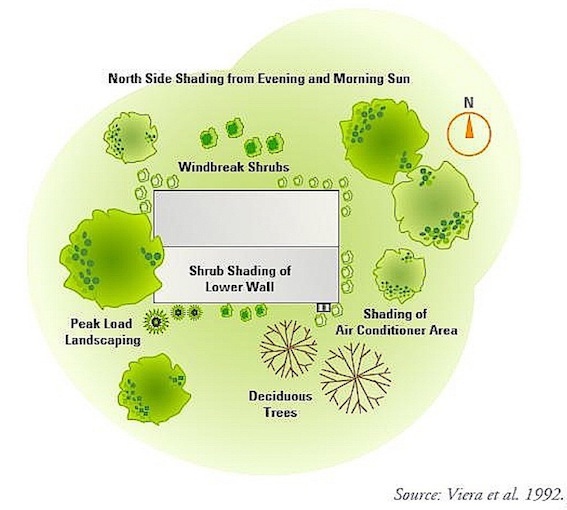 The following illustration shows the shade patterns of a 7meter tree during the summer:

Trees therefore are our outdoor air conditioners by reducing the energy used inside our homes and offices by simply providing shade. They cool the air, provide oxygen, sequester CO2, and depending upon the size of the tree can hold between 16 to 363 kilos of CO2 each year. This all has a positive affect on people, animals and the environment.

Getting a little hot under the collar? Have a seat under the shade tree…. 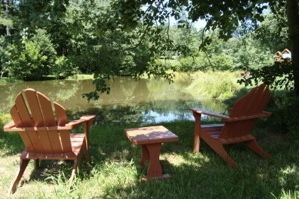