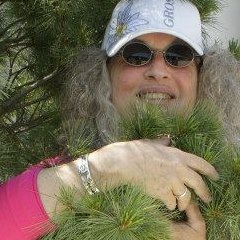 Leora Rosner was born in New York, raised in Texas, aged in Israel and in 1975 moved to Amsterdam where she still resides. While in Israel she attended the “Beit Sefer Gavoa l’tzioer” (high school of art) in Tel Aviv and later Bezalel Art Academy in Jerusalem. After leaving Bezalel she was hired by U.P.I. as an assistant photographer. Shortly after the Yom Kippur war she decided to head further into the artistic side of photography, which led her to Amsterdam.  She worked as a freelance photographer in the Netherlands, Germany, France and Belgium. Rosner also worked with the Netherlands Dance Theatre, Scapino Ballet, Netherlands Body Building Federation and many more. She also had various publications and exhibitions in the afore mentioned countries including the U.S. and Italy.

Six months after her daughter was born Rosner began writing stories, silly poems and songs for children. She worked with children for a period of 14 years. Rosner prefers calling the work, playing with kids. One winter when her husband and daughter (who are both duck footed) had been skating they complained of having to keep their feet straight. Rosner came up with a simple system to be applied to all types of skates and had it patented.

During that period she got involved with environment. She wrote every governor, senator, and representative in the U.S and all the European Parliament members about getting on board for the environment. In April 2007 she began the Amsterdam Green Roof Initiative. In December 2008 she started the Netwerk Groene Daken together with Sven van Kuijk (ecodaken.nl), Prof. Ruth Oldenziel,  J.C.M. de Bruijn (senior advisor DMB city hall) and Auke Brouwer (city ecologist DRO city hall). Rosner is, at this point, busy setting up her new foundation, Stg. Growing Air Foundation (GAF) with the aim of re-forestation and forest recovery around the world. The website will soon be online.

MOSS AGAINST C02
SHADE TREES, COOL SUMMER
I AM THE CITY
The Urbanity of wild Plants: a photo reportage
WALKING WITH WEEDS
Which one do you prefer?
AMSTERDAM CITY HALL ROOF PLANTED
To grow a fence, a bench, a town! An interview with Bob Radsteke