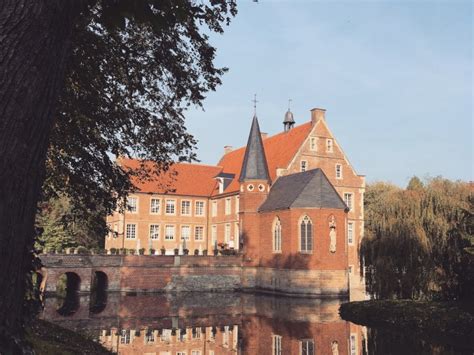 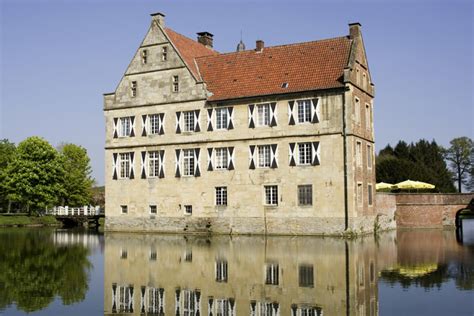 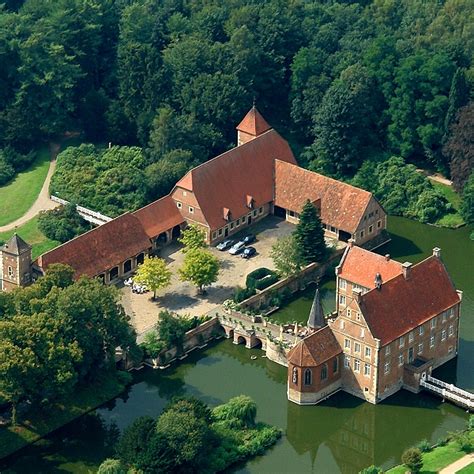 How are we human beings currently changing this planet? And we still do anything ourselves to counteract this?
And, if yes, with what means and in what language?

100 years after the founding of the Bauhaus school, the symposium Ökologie und Wahnsinn (Ecology and Madness) asks how we have to pursue construction today in order to avoid continuing to destroy the planet. It will examine approaches in architecture, urban planning and art. It will examine extreme positions of climate skepticism and climate activism.
It will examine madness and ecology.

How are human beings currently changing this planet? And with what consequences? Can we still stop global warming? And, if yes, with what means and in what language?

Over the course of six days, the Center for Literature at Burg Hülshoff will celebrate new visions for the future of this planet. For six days, artists, scientists, ecoactivists and the audience will take part in the festival Natur am Bau (Nature at Work) This will take place in a wide variety of formats, ranging from a rock and roll show to a community garden project.

Natur am Bau (Nature at Work) also asks, during the year of the 100th anniversary of the Bauhaus school, whether modern construction can actually be ecological. How probable is it that the Anthropocene (the geological era of the human being) will end well?

At any rate, since their appearance on Earth, human beings have not only hunted animals, collected berries, created fire and cultivated plants; they also built huts and computers – and they didn’t stop there. The consequences? The bees are dying off. Coral reefs are bleaching. The tundra and the arctic ice are melting. The water in the moat of Burg Hülshoff also fell to a record low last summer. In the castle park, which has been a site of botanical aspiration since the late 18th century, the architectural practice Studio Umschichten is constructing a temporary festival center: a collection of motorized vehicles that have no more fuel and are left sitting here so that we can inhabit them. So that we can sit between them ourselves, celebrate, listen to music and discuss.

The participants in the symposium Ökologie und Wahnsinn (Ecology and Madness) will also assemble here to discuss what alternatives to the hubris of the human being could look like. They will include the historian Peder Anker, the urban planner Helga Fassbinder and the poets Marion Poschmann and Daniel Falb.

Surrounding the festival center, eleven installations and performances from the Münster School of Design await us and provide critical knowledge regarding nature and construction under the title of grow! on the way, within which we can harvest beans and cut potatoes into french fries.

Next to this, the Global Glitch Garden will grow, an alternative community garden somewhere between plants and plastic, performed in by the performance collective virtuellestheater.

On the field near the island in the pond, the artist group Tools for Action will inflate their oversized jackhammer. And, together with young activists from Fridays for Future, they will create additional inflatable objects for their protests.

The old buildings on the grounds will also become venues of the festival:
In the outer bailey, you can experience Ecotopia, a live radio play by the writer Senthuran Varatharajah and the band RÁN. To the sounds of rock and roll, they will jointly examine the extent to which ecology developed from British colonialism and what that means for our understanding of nature today.

In the manor house, you can explore the premises of the Droste Museum together with the poet Monika Rinck and additional artists. Also taking part are the choreographer Rosalind Goldberg, the stage designer Michael Graessner and the video artist Katherine Liberovskaya. The title of this performative tour is Insektometrie. Take in the perspective of insects with us. Come on in to the Bauhaus for bees!

In the Neuen Ökonomie (New Economy), you can hear the legendary Phill Niblock who has developed his drone music since the 1960s and which, spoiler alert, has nothing to do with bee drones. Niblock’s chords seem to stretch out into infinity. His bass notes hit you right in the stomach. And, on the screens, we will see nature living and decaying at the same time.

Between the garden and the forest, you can see the video installation Form Follows Energy by the media artist Tobias Yves Zintel. How are the digital and the material related in the Anthropocene? How do we understand nature if everything is now just made up of zeroes and ones? Zintel’s images pose precisely these questions. And a text by five authors provides a sparkling answer to them: Hamed Abboud, María Cecilia Barbetta, Ann Cotten, Eiríkur Örn Norðdahl and Yoko Tawada.

On Sunday, the last day of the festival, we will all come together for a climate mass in the climate cathedral as well as for a picnic. And Bernadette La Hengst will sing with us against global warming.

Music as fuel? Literature as fuel? Community as fuel?

Have a wonderful time at Natur am Bau (Nature at Work).